On May 20, 2017, Professor Emlyn Hughes and eight undergraduate student-researchers from Columbia University’s K=1 Project, Center for Nuclear Studies, boarded The Windward off the coast of Ebeye in the Republic of the Marshall Islands (RMI), a country in the middle of the North Pacific Ocean. This was the beginning of a research voyage that would take them across the northern Marshall Atolls, ground zero for the 67 nuclear tests that the United States Government conducted in the 1940s and 1950s. The testing resulted in severe radioactive contamination of numerous islands, which continues to have impact on Marshallese society to this day. The 2017 trip was the third of a series of trips members of the K=1 Project have conducted on the Marshall Islands, with the goal of better understanding the history and the consequences of the nuclear tests on the environment and well-being of their inhabitants.

The first research trip to the Marshall Islands in 2014 focused on social and legal understanding and culminated in the production of the documentary Marshalling Peace. This documentary is informed by testimonies of Marshallese people, Marshall Island government representatives, as well as US nuclear experts, including former Secretary of Defense, Bill Perry. It describes the legal battle the country undertook against nuclear-weapon states for their failure to comply with the Nuclear Non-Proliferation Treaty and to engage in meaningful disarmament efforts. Through this experience, our center became interested in ascertaining current radiological conditions on the affected islands, as a way of helping the Marshallese people in their decision-making related to resettlement. At the same time, K=1 Project members realized that the story of these islands and their people is an important one to continue to share with the world to help raise global awareness of the danger of nuclear weapons.

K=1 Project Student-led documentary: Follow the Marshall Islands' legal team as they head to battle with some of the most powerful countries in the world, in an effort to rid the world of nuclear weapons.

The K=1 Project team returned to the islands in the summer of 2015, with the goal of measuring external gamma radiation levels on some of the northern Marshall islands (Enewetak, Medren, and Runit on Enewetak Atoll; Bikini and Nam on Bikini Atoll; and Rongelap on Rongelap Atoll), all of which were exposed to high levels of radioactive fallout during the testing era. These measurements provide an estimate of the external radiation a person living on the islands is exposed to in a given year. Results from this first trip suggest that external gamma radiation levels are above the standard for total radiation exposure, agreed upon by the government of the United States and the Republic of the Marshall Islands (RMI) (100 mrem/y = 1 mSv/y) on the island of Bikini. For other islands, where external gamma radiation is below the agreed upon standard for total exposure, the study highlighted the critical need for more independent measurements, in particular of exposure through contaminated food. Our results were published in a research publication with five junior women student authors (six women authors total) in the Proceedings of the National Academy of Sciences.

The K=1 Project team returned to the Marshall Islands in 2016. Professor Emlyn Hughes led a trip along with Glenn Alcalay, Inge Hughes, and Jenni Hill to conduct further study and meet with Marshallese leaders. Inge and Jenni also created a short film featuring Marshallese youth and their experiences growing up in the RMI.

K=1 Project’s trip in the summer of 2017 aimed to address further questions related to the issue of northern atoll resettlement. Are the fruits, which are the main food product grown in the Marshall Islands, contaminated by radiation, and to what extent? Is the soil from which the fruit get the nutrients and water contaminated? The K=1 Project team measured radiation levels in fruit and soil in some of the islands of the Bikini Atoll, Utirik Atoll, Rongelap Atoll and Enewetak Atoll. Fruit collected included coconuts, pandanus and breadfruit, staples of the native Marshallese diet. Background gamma radiation levels were additionally measured in areas of interest not tested during the 2015 trip, such as Enyu Island and additional locations in Bikini Island, on Bikini Atoll; Ekuren and Japtan Islands on Enewetak Atoll; Naen Island on Rongelap Atoll; and Utirik, Aon and Elluk Islands, on Utirik Atoll. Prior to the 2017 trip, members of the K=1 Project team were also trained to scuba dive with the goal of collecting ocean sediment for further radiation measurements. For instance, finding the depth of maximum radiation in the ocean sediment provides insight into the levels of radiation to which benthic species are exposed. Given that radiation found in the top layers of the sediment may travel through the food chain, thus having persisting effects on both the native ecosystem and the diet of the Marshallese people, this is an important contribution to the full radiological picture. Diving skills also allowed the team to explore the hidden history, as they dove to some of the ships sunk as a consequence of the nuclear tests, including the Saratoga. 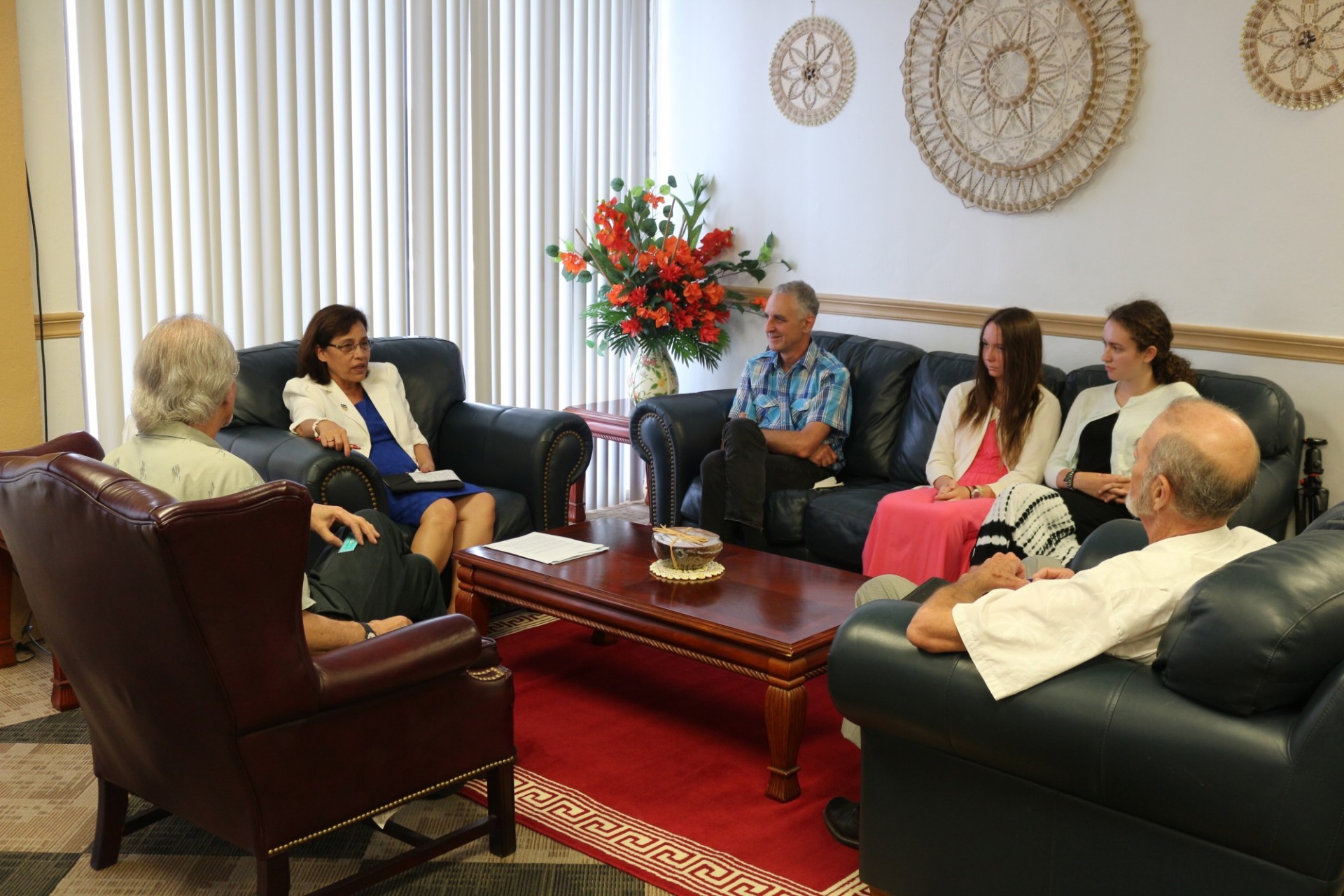 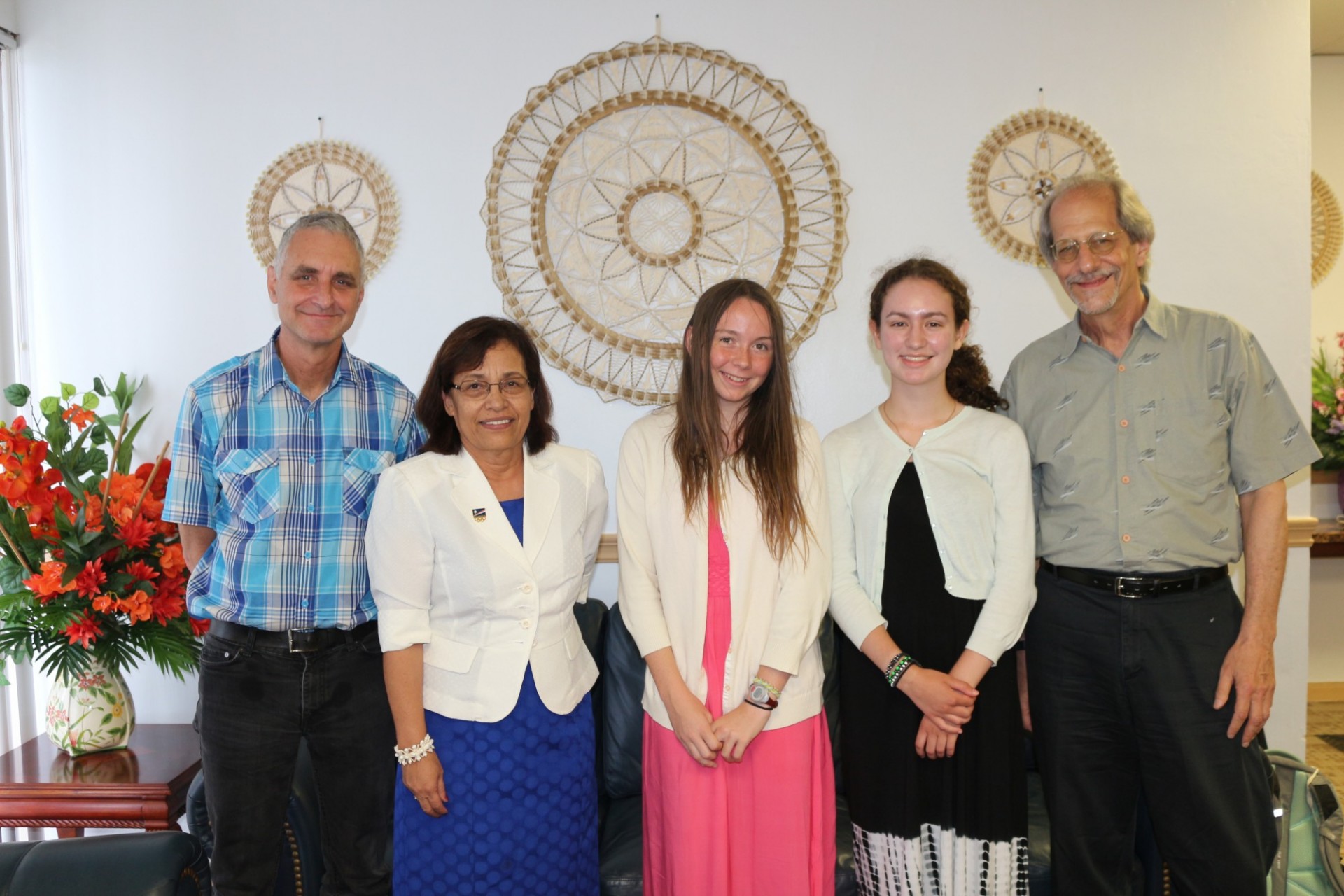 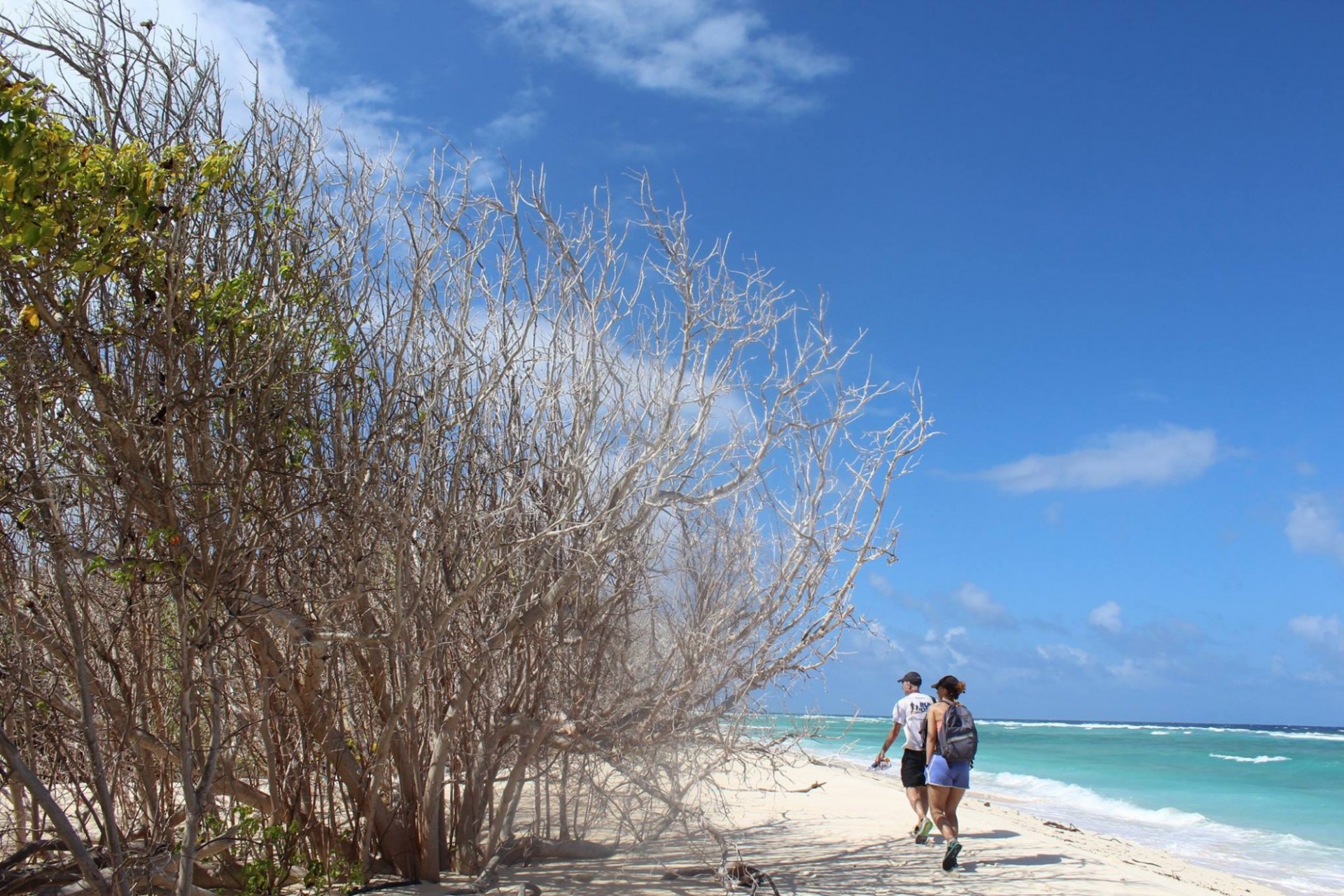 Surface radiation measurements on the island of Enyu, Bikini Atoll, 2017 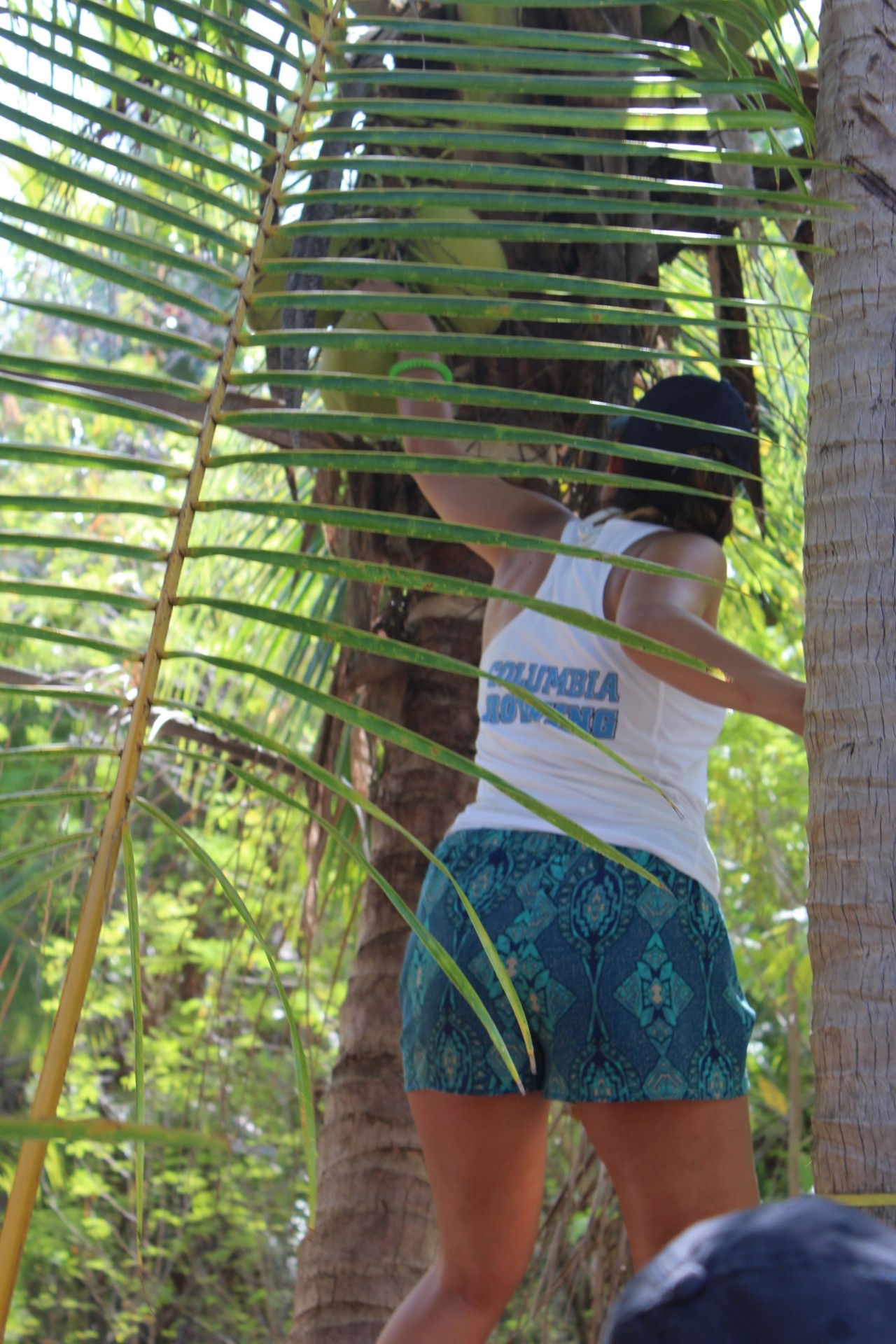 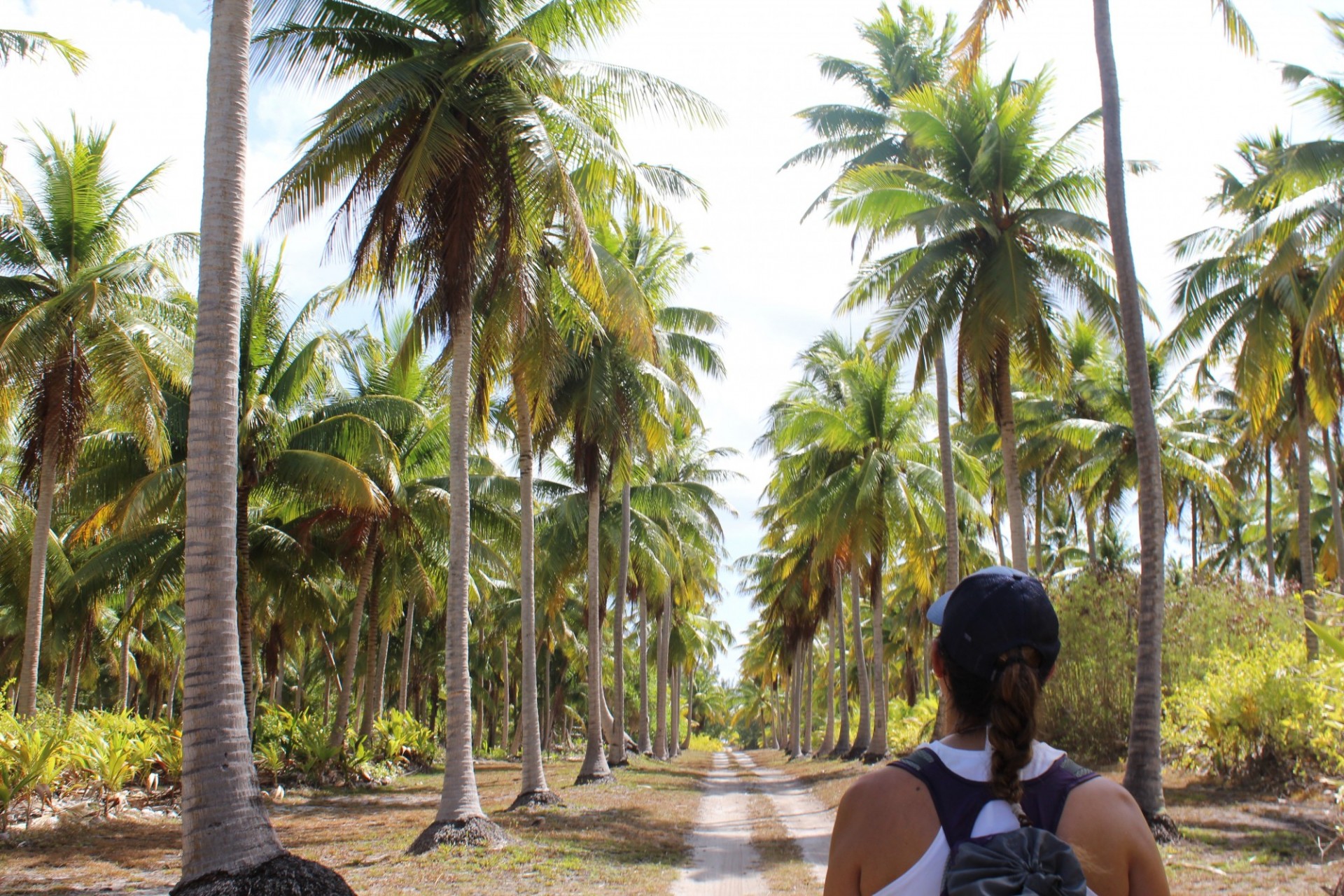 Field of coconuts in the east part of Bikini Island, 2017 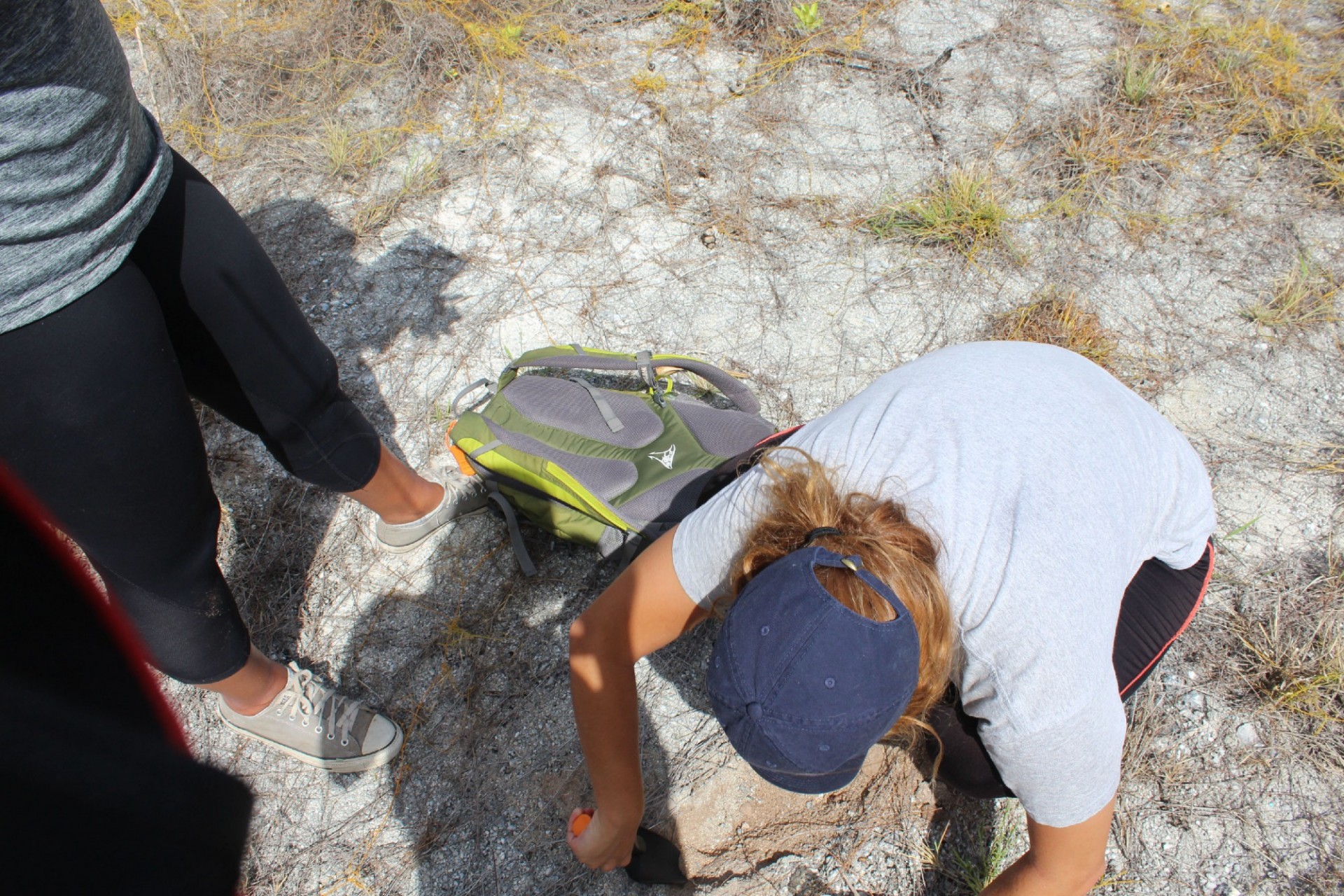 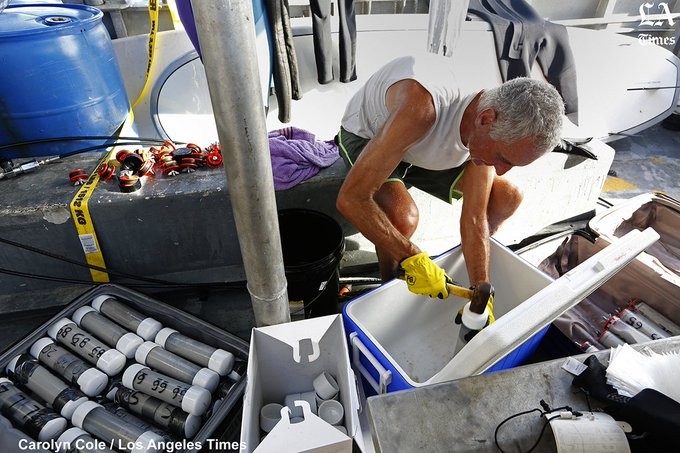 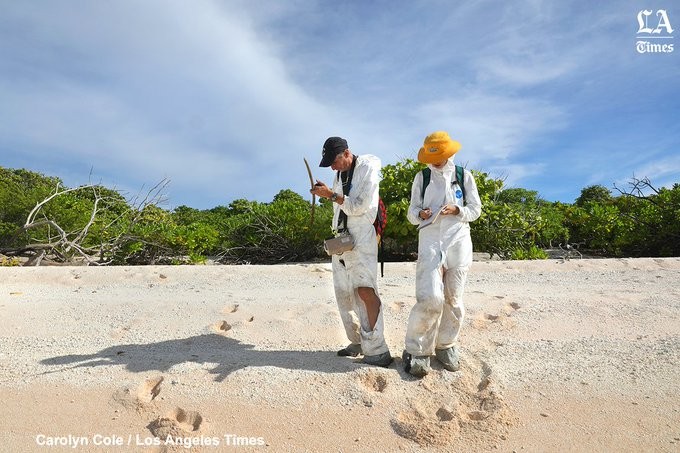 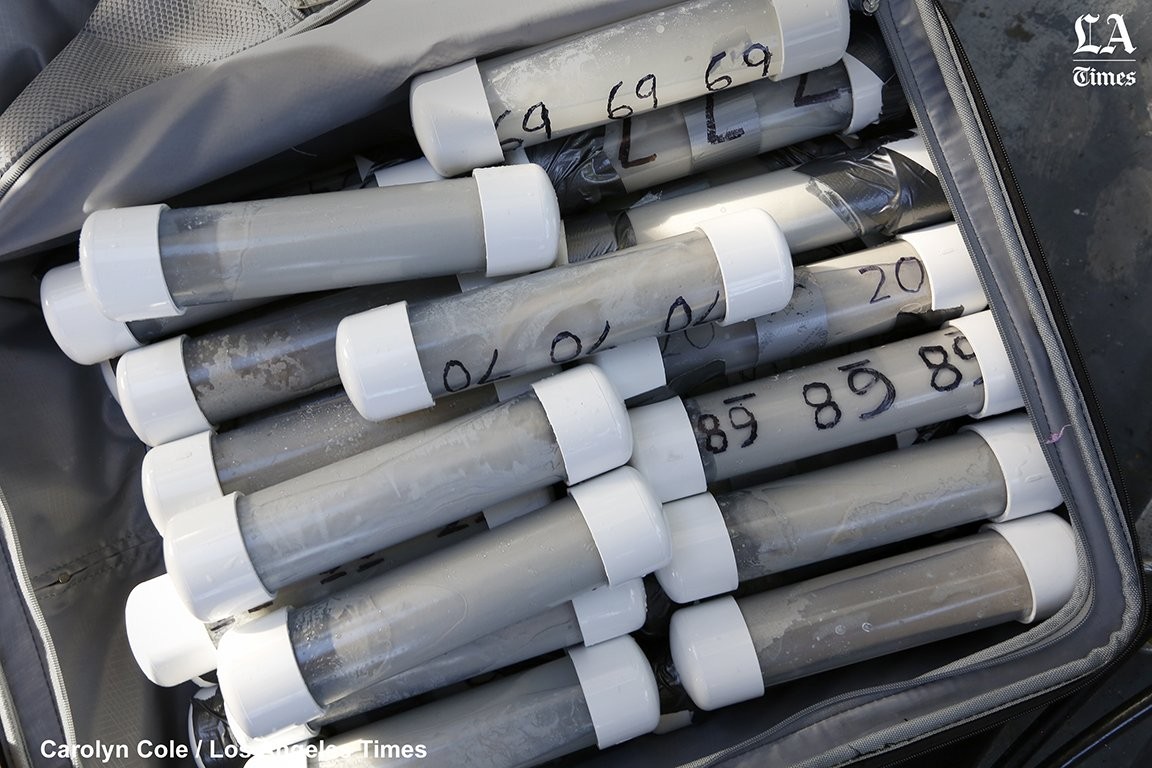 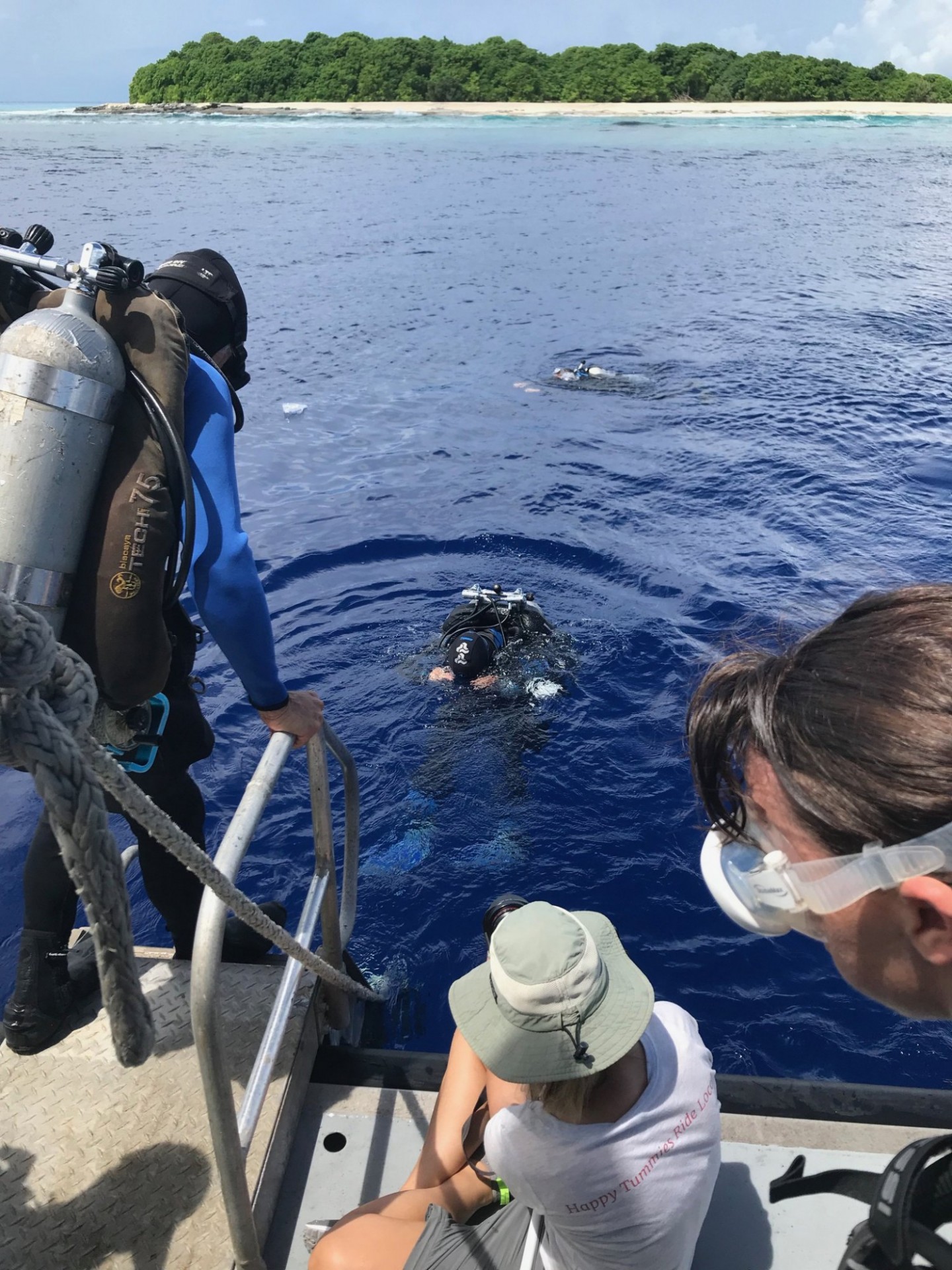 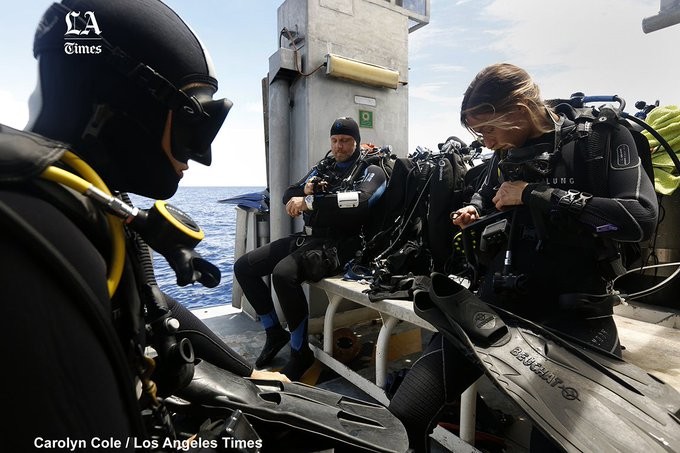 Our team also went to the Bikini, Enewetak, and Rongelap Atolls in July/August of 2018, when we made follow up measurements on external background gamma radiation levels, collected soil samples, and collected sediment cores to ascertain contamination in the ocean sediment. The data from this trip and the 2017 trip were reported on July 15, 2019 in three PNAS publications: one on background measurements and soil, one on food, and one on ocean sediment in the Bravo crater. You can read about these three papers and our findings here. The studies were also widely covered by the national and international media.

The K=1 Project team analyzed additional isotopes in sediment cores collected during the 2018 trip. The paper reporting the results is currently under review.